The School of Law has received a grant of CAD 600,000 from the International Development Research Centre (IDRC) to carry out a three-year research project on Administrative Law and Governance in East Africa. The project, which is led by Prof. Migai Akech, will examine the rulemaking and adjudication practices of administrative agencies, and evaluate the impact of judicial review, with a view to suggesting policy and legislative interventions that would facilitate the mainstreaming of the principles of good administration. It is motivated by a concern that while much of the power of government is exercised by administrators who therefore regulate the daily lives of ordinary citizens, the latter neither participate effectively in such governance nor have the means to hold it accountable. As a result, the daily interactions that citizens have with administrators are often fraught with delays, broken promises, extortion and abuses of power. The project’s point of departure is that administrative law reform can help to either prevent or considerably reduce this rampant abuse of power, in so far as administrative law constitutes a means of facilitating the realization of day-to-day governance that is based on the rule of law. The project will explore the extent to which the principles and procedures of administrative law are embraced through country case studies in tax administration, environmental regulation, and local government. The project will be completed in 2016. Its outputs will include textbook, model decision-making procedures for administrative agencies, and a regional manual on administrative justice. 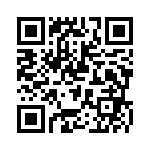